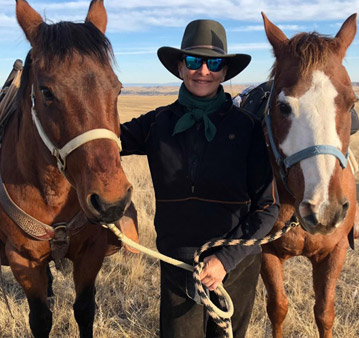 Executive Producer
With deep expertise on the intersection of medicine, big data and the media, Dr. Snyderman recently served as a Consulting Professor at the Stanford University Center for Innovation in Global Health and is co-founder of the Stanford University-NBC News Global Media Fellowship. Dr. Nancy Snyderman is an accomplished Head and Neck surgeon, health care systems expert, and corporate director. For more than thirty years Dr. Snyderman was an award winning Senior Medical Editor at ABC and NBC News. Her skills uniquely span the fields of medicine, science, communication, and global media. She is a New York Times bestselling author and has traveled the globe extensively, lecturing and reporting from some of the world’s most troubled areas. Her reporting has garnered her the industry’s most distinguished honors including Emmy, DuPont, Edward R Murrow, and Gracie awards. 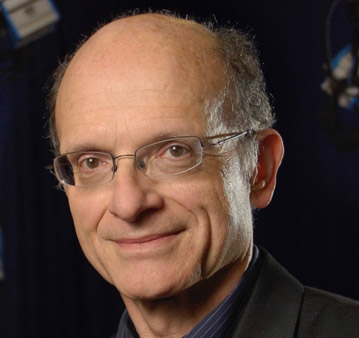 Dennis Aig is a producer and director with over thirty years of experience. Unbranded and Charged: The Eduardo Garcia Story, which streamed on Netflix and Hulu, as well as the feature documentary Youth v Gov, which is completing its festival run, are just two examples of his work as a producer/co-producer. His experience extends to his work with the Walt Disney Company, Colombia Pictures, National Geographic, and PBS. Additionally, Dennis has worked with many independent production companies, equity investment funders, sponsors, and several major grant agencies, including the National Endowment for the Arts, NASA, ITVS, the MacArthur Foundation, and the National Science Foundation.  A Montana State University Professor of Film and Photography since 1989, Dennis has been the head of the University’s much-praised MFA in Science and Natural History Filmmaking since 2007 and served as Director of the School of Film and Photography from 2013 to 2016. 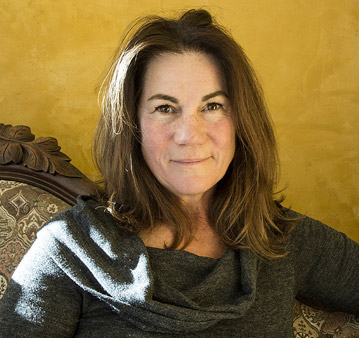 Cynthia Matty-Huber discovered her love of photography at an early age. As her art evolved, she was drawn to the power of movement in film. After obtaining a BA in Film and Photography, she went on to earn an MFA in Science and Natural History Filmmaking from Montana State University. While completing her Master’s Degree, she created a film that focused on the story of an elderly cattle rancher, John Hoiland. That experience opened her vision to the world of ranching, and she was hooked. As a result of wanting to
capture this life that is fast disappearing, she focused her camera on the rugged existence of ranchers in the West. Cynthia’s passion is to make films that are a testament to these hardscrabble individuals who devote their life to the western landscape. Cynthia’s latest documentary short is currently on the festival circuit and has received nominations for several awards and has won Best Documentary Short at IndieX. 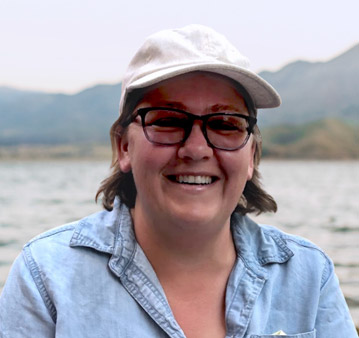 Line Producer
Ariel Savage achieved a BA in Film and Digital Media at the University of California Santa Cruz and an MFA in Science and Natural History Filmmaking from Montana State University. Ariel works on various film and commercial productions with clients including Disney and Honda, and worked on the CBS show, Madam Secretary. Many of the shorts she has produced screened at film festivals around the world, including the the LA Film Fest, Telluride Film Festival, and the Venice Film Festival. Her interest in documentary is rooted in sharing the real experiences and perspectives of cultures either underrepresented or misunderstood by dominant media platforms. 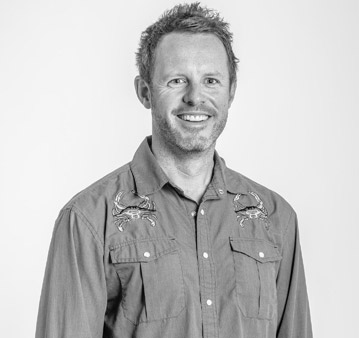 George Potter is an award-winning documentary filmmaker and the founder of Wild
Vision Films in Bozeman Montana. Specializing in authentic storytelling, whether that’s
shooting visually compelling documentaries, or creating television series that engage on a
deeper level with their audience. Moreover, George worked as cinematographer on the award-winning
documentary feature, Charged: The Eduardo Garcia Story, as well as for the feature
documentary, An American Ascent, chronicling the first African American expedition to
tackle Denali. Throughout his experience, has produced films for YETI, Montana Tourism, National Geographic, Rolls Royce, The BBC and Orvis. He has a Bachelor’s degree in Zoology and a Masters in
Science and Natural History Filmmaking. 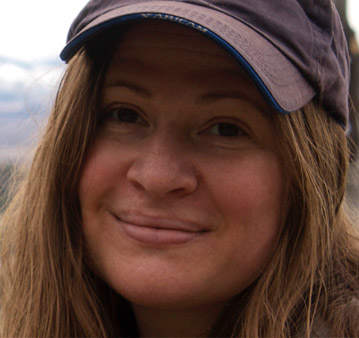 Editor
Katie is an award-winning documentary and television editor based in Bozeman. Her work has screened on Smithsonian Channel, Animal Planet, PBS, Independent Lens, in National Parks, and in numerous film festivals worldwide. She holds an MFA in Science and Natural History Filmmaking and a BFA in theatre/dance. The fusion of these artistic mediums weaves character, movement, emotional engagement, pacing, and story arc into compelling journeys. Katie is drawn to stories that explore the relationships among humans, animals, and the earth. Her film, Indian Relay aired on Independent Lens and won an Emmy for Best Cultural Documentary. 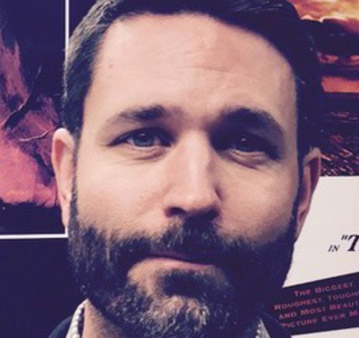 Andrew Patrick Nelson is a historian of American cinema and culture, museum curator, film programmer, and media commentator. Currently, he serves as Chair of the Department of Film & Media Arts and Associate Professor of Film Studies at the University of Utah. He has been a Visiting Scholar at the Bill Lane Center for the American West at Stanford University and a guest film curator at the Autry Museum of the American West, The CM Russell Museum, and the Briscoe Western Art Museum. Additionally, Nelson is author and editor of numerous books and essays, including Still in the Saddle: The Hollywood Western, 1969-1980 and Contemporary Westerns: Film and Television since 1990. He also edits two book series,
“The Popular West” at the University of Oklahoma Press and “Reel West” at the University of New Mexico Press. Nelson has appeared in television series on History Channel and INSP; cohosts the Western movie podcast “How the West Was ‘Cast”; and regularly lectures about Western film, art, and culture at venues around the world. 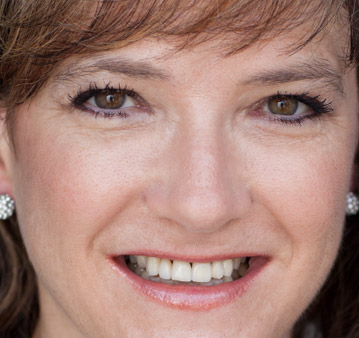 Maddie Madsen is a music producer, composer, and music executive who works in the film, serial programming, and commercial media space. She is a graduate of Berklee College of Music. With a career encompassing 30 years, Ms. Madsen has produced and/or composed almost 100 songs for TV and films. Consequently, her company, Current Music, has licensed over 50 thousand songs in film, TV, advertising, and other media, many of which have been placed through her personal creative choices as a Music Director. Additionally, she has produced theme songs for 20 broadcast programs, and five theme songs for the Peacock Olympic Tokyo 2020 channels (2021). Throughout her career, Ms. Madsen has lectured and given workshops at Musician’s Institute, SAE, Sundown Sessions, and LA Women In Music, and has been a panelist for Harvard, SESAC, Film2Future, Los Angeles Songwriter’s Workshop, and The Production Music Conference. 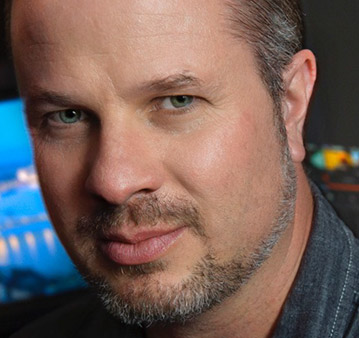 Scott Sterling hails from the Rocky Mountains of Colorado, where exposure to the outdoors, technology, and culture inspired a passion for visual art and storytelling. He works as a freelance colorist, with recent work airing on The Smithsonian Channel, National Geographic Channel, The History Channel, Independent Lens on PBS, and numerous independent and corporate documentary films. Additionally, Sterling is the director of production for Montana PBS, bringing award-winning films to the people of Montana and beyond. His role as producer and director includes documentary features Mavericks, The Violin Alone, Fort Peck Dam, and Without Words, and the signature music performance series 11th & Grant with Eric Funk, now in its 14th season. Notably, Scott has earned twelve Emmy® Awards from the National Academy of Television Arts and Sciences – Northwest Chapter and revels in the juxtaposition of art and technology that is contemporary filmmaking. 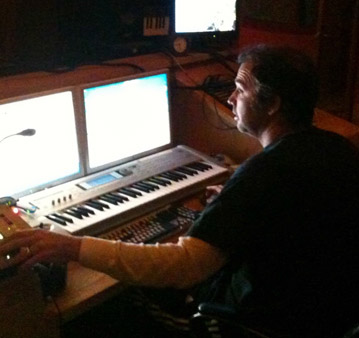 Sound Design
Joshua Mckendry is a sound designer and re-record mixer of narrative, documentary, and commercial productions. He is a graduate of California State University Dominguez Hills with both a BA in Audio Engineering and an MA in Humanities and Music Composition. He works as a freelance sound designer and mixer and won an Emmy for Composing on the educational series, “Anatomy and Physiology: An Introduction.” Joshua is also a professor at California State University Dominguez Hills and Saddleback College, teaching audio engineering and music production for film and television.